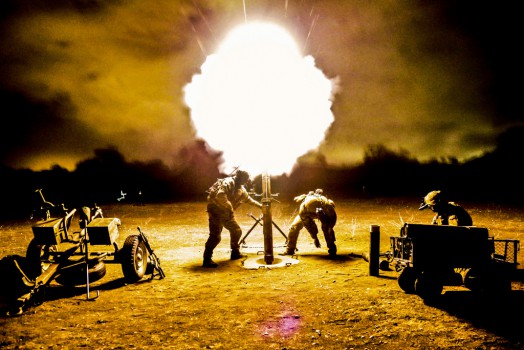 Formation of the 75th Ranger Regiment

Upon the completion of the Arab-Israeli Yom Kippur War in 1973, the Pentagon grew concerned about the United State’s strategic ability to quickly move well-trained infantry forces to any spot in the world. In the fall of 1973, General Creighton Abrams, Chief of Staff of the United States Army, issued a charter for the formation of the 1st Battalion (Ranger), 75th Infantry Regiment.

The battalion is to be an elite, light, and the most proficient infantry in the world. A battalion that can do things with its hands and weapons better than anyone. The battalion will contain no “hoodlums or brigands” and if the battalion is formed from such persons, it will be disbanded. Wherever the battalion goes, it must be apparent that it is the best.

The 1st Battalion (Ranger) was ordered activated on 25 January 1974, with an effective date of 31 January. Initially, Fort Stewart, Georgia, was considered home. In 1978/1979, the battalion moved to Hunter Army Airfield (HAAF) in Savannah, Georgia. To initially man this battalion and to serve as its nucleus, the men and equipment of Company A, 75th Infantry of the 1st Cavalry Division were transferred and the company eventually inactivated on 19 December 1974. The new battalion was assigned the heritage of the Vietnam era Company C (Ranger).

In 1975, the Ranger black beret became only the third officially sanctioned U.S. Army beret. Literally centuries of lineage and battle honors were symbolized by the unique Ranger beret. Though little more than a dark piece of cloth to some, to those who serve as Rangers, the beret is representative of personal courage and selfless sacrifice. It is a symbol to be earned, not issued.

Following the invasion of Grenada during Operation Urgent Fury, the most recent Ranger battalion addition, the 3rd Ranger Battalion, 75th Ranger Regiment was reactivated on 3 October 1984 and stationed at Fort Benning, Georgia, with its World War II heritage to serve as its lineage.

To control the three Ranger battalions, a regimental headquarters was needed, thus leading to the formation and activation of the 75th Ranger Regiment on the same day as the activation of the 3rd Battalion. Colonel Wayne A. Downing was selected as the first colonel of the Ranger Regiment…though he is technically and officially titled the third after the ceremonial commanders Rogers and Darby.

In the 1990s, Chief of Staff of the Army, General Gordon R. Sullivan, would develop his own charter for the Ranger Regiment that included… “The Regiment must remain capable of fighting anytime, anywhere, against any enemy, and winning.”

With the formation and activation of the Special Forces Operations Command, the lineage and honors of the Second World War Ranger Battalions, the Korean Conflict Rangers, and the Vietnam Conflict Rangers were rightfully transferred on 3 February 1986 to the 75th Ranger Regiment.