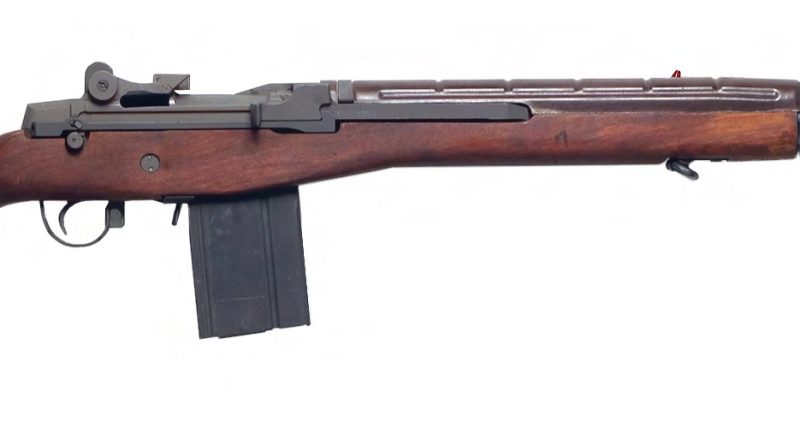 The M14 was designed as a suitable US rifle to fire the newly standardized 7.62-mm NATO round. The M14 was adopted by the US military in May 1957, and is still considered one of the finest military rifles ever made.

The M14 evolved from the basic Garand action, one of the most durable designs ever. It uses gas tapped from the barrel; the operating rod and bolt function in the same way. The 20 round magazine and flash suppressor are the main differences between the two rifles. All models are capable of semi or automatic firing.

The M-14A1 was used as a squad/section automatic weapon. This version differs by the addition of a compensator, rubber recoil pad, pistol and fore-end grips, and a bipod. A winter trigger is also available for both versions. The M14 is capable of firing grenades and attaching a bayonet. There were two types of folding stocks. The sniper version was fitted with a Redfield scope. The M14 stock was made originally made from wood. In tropical environments this caused the wood to warp and made it difficult if not impossible to remove the trigger mechanism to clean the rifle. Later versions were made from fiberglass to eliminate this problem.

The M14 and modified versions such as the M21 (designed for snipers) have long been favorites in the Army. Even when the newer Colt Industries M16 became the standard infantry rifle, many still favored the M14 because of its heavier bullet and accuracy. Although the M14 is no longer in production, it can still be found in large numbers in South America.