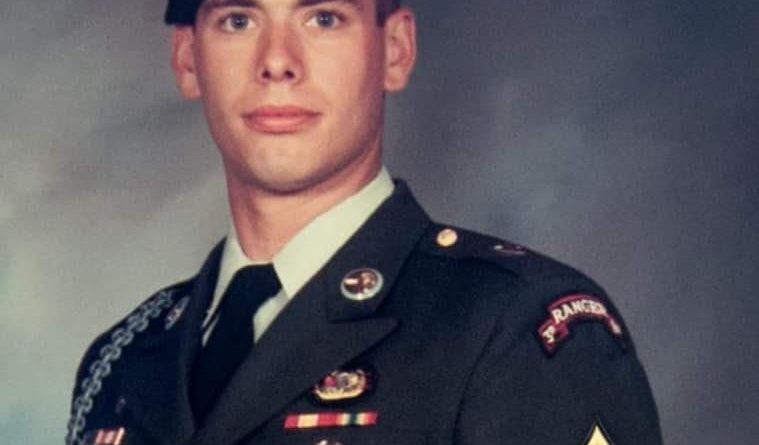 SGT Dominick "Michael" Pilla (March 31, 1972 - October 3, 1993) was a U.S. Army Ranger who served in Mogadishu, Somalia. He was one of 18 U.S. soldiers killed during the Battle of Mogadishu. Pilla's role was that of a Support Gunner, carrying an M60 LMG. After the extraction of the two primary targets for the raid was complete, the convoy came under heavy fire while making it's way back to the TFR compound at the Mogadishu airport. Sgt. Dominick Pilla is notable for being the first American casualty of the October 3rd raid. He, and a Somali militia fighter were both killed at the "same time". Pilla was riding in the right rear of a Humvee, when he saw a Somali who was aiming his AK-47 at their turret gunner (Pfc. Brad Paulsen) who was manning an M2 Browning HMG. Pilla saw the Somali point his AK at Paulsen, the Somali then saw Pilla, both fired their weapons at the same time, killing each other. Pilla was shot in the head and killed instantly.

Task Force Ranger: Sgt. Dominick Pilla was apart of the 75th Ranger Regiment, 3rd Ranger Battalion that was apart of Task Force Ranger that was assigned to operate in Mogadishu as apart of Operation Gothic Serpent. Pilla was regarded as one of the favorites in the Ranger Regiment. Him, along with his friend Spec. Shawn Nelson, would peform skits for the regiment, the most popular being Coach Steele: in which Pilla would mock Ranger Captain Mike Steele for his use of Football metaphors and his outgoing Christian Personality. He would also pull other pranks such as sticking tiny charges on soldiers cigarettes that would explode halfway through the cigar.

Mogadishu: Sgt. Pilla was assigned to Sgt. Jeff Strueckers lead humvee of Lieutenant Colonel Danny Mcknights convoy that was tasked to pick up assault forces in the Battle of Mogadishu. After Pfc. Todd Blackburn fell from Black Hawk Super-Six-Seven, Strueckers hummve, along with one lead by Sgt. Danny Mitchell and one with Delta operators and SEAL members, were assigned to transport the crippled Ranger back to base. As soon as the small convoy started moving, they immediately began receiving heavy fire from Somali fire. As Strueckers humvee turned on National Street, Pilla noticed a man taking aim at their turret gunner (Pfc. Brad Paulsen), then the Somali saw Pilla, both fired their weapons, killing each other. Pilla was shot in the head and killed instantly. ​Hometown: Vineland, NJ.Died: October 3rd, 1993 in Mogadishu, Somalia, Operation Gothic Serpent.Unit:   Company B, 3rd Battalion, 75th Ranger Regiment, Ft. Benning, Ga. Incident: Killed while attempting to rescue a fellow Ranger. Posthumously awarded the Bronze Star with Valor Device and Purple Heart

Birth: Mar. 31, 1972 Death: Oct. 3, 1993 Folk Figure. He served as a Sergeant in Company B, 3rd Battalion, of the 75th Ranger Regiment of the United States Army. He was killed in Mogadishu, Somalia, on October 3, 1993, with several others, including 5 others from his regiment, and over 1,000 Somalians, in the war to try and overthrow dictator, Mohammed Farah Aidid. Aidid was finally gunned down in 1996. The story was the basis for the 2001 film, "Black Hawk Down."

Ranger has 262 posts and counting. See all posts by Ranger

75 Years Ago Today. The Raid at Cabanatuan, Philippines
431 views