I vow to the the following starting this week (a bit before the New Year's):

- Be more positive (see the positive in things); stray from the negative!
- Work out twice/day, instead of just once (have to rid myself of this smallish belly)
- Pay more attention to my boys..foster the right values in them!
- Stop dwelling on the could-a, should-a and get on with life!


For those who fight for it, freedom has a flavor the protected will never know.
Top

"The turning of the tide in battle always begins with one Soldier's decision to return to the fray..."
Top

Become undepressed and actually want to do something besides work.

Hike the GA portion of the AT and maybe a little more.

Be nicer to people. No fuck that.
St Barbara's Bastards
82C1P

"Parole officer says I gotta upgrade, or he won't give me back my stabbin' knife!"~Roberto
Top

Find something new to make my husband happy at least once a week...

Find a good babysitter so we can have one night as husband and wife instead of mom and dad before he deploys.....
Top

Lose 30 pounds which means: less beer, fewer hot beef sandwiches and more excersize! (None of which do I really want to do! Damn!)
SUA SPONTE - "We few, we happy few, we BAND OF BROTHERS;
for he today that sheds his blood with me shall be my brother!" - Shakespeare

RLTW! - Land of the Free BECAUSE of the Brave

To show my heart felt sincerity towards women by keeping new/unopened toothbrushes under the bathroom sink and letting them mark their own with a Sharpie.

Figure out what the hell it is I wanna be when I grow up.
CSM RGRPUCK
CL 3-88

Try buyin a new casa.
Go to more reunions.
Continue getting physically fit.
May have my head examined for thinkin 'bout marrying again.

rgrpuck wrote:Figure out what the hell it is I wanna be when I grow up. 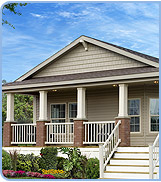 Never have understood that! They spend half the night with their tongue stuck down your throat, and then get wierd about your tooth brush?

I don't have any real goals this year. I just retired and I'm gonna enjoy it.
I never wore a cape, but I still have my dog tags.