Here is somewhat of a better pic of the scroll. I do believe your right about it being from the Korean era. Thanks for sending to the other guys.

I own one of these scrolls as does Hawkeye1Alpha.

Hey, welcome to the site. Thanks for posting the pics.
Top

Welcome to the site
Texas is neither southern nor western. Texas is Texas~Senator William Blakley


Life is tough, but it's tougher when you're stupid~ John Wayne
Top

Hey, don't I get any recognition to be the first to identify that it may be a Korea Scroll?? Throw me a bone here, I remembered my Ranger History!!! Even a pat on the head or maybe a belly rub?

Maggot275 wrote:Hey, don't I get any recognition to be the first to identify that it may be a Korea Scroll?? Throw me a bone here, I remembered my Ranger History!!! Even a pat on the head or maybe a belly rub? 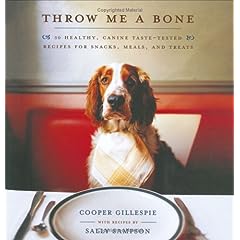 Welcome to the site.
~Ranger Wife~

"Love your enemies...it pisses them off!"

"Be careful whose toes you step on today because they might be connected to the foot that kicks your ass tomorrow."

"Behind every damsel is a fire breathing dragon."
Top

They were special ordered by the 503D association. You might be able to get ahold of one of the one of them to see who they went through. They might even be able to point you in the right direction to getting one of the older patches, or give you one of theirs if you ask nicely.

OK, a little more perspective for you:
In the colored photo dated 1951, he is a Sergeant First Class, wearing an early version of the Ranger Tab, so he likely attended Ranger school in one of the first classes. The Ranger Department began training in late 1950. He is wearing the patch of the 40th Infantry Division, a California Army National Guard unit that was called on active duty for the Korean War. During the Korean War, each infantry division had a numbered Airborne Ranger Company. He is wearing the Asia Pacific campaign ribbon and the Occupation ribbon that signify service in WWII. Interestingly, the 503d Infantry Regiment was in the 11th Airborne Division and conducted a combat jump in the Phillipines, at the end of the war, they served as occupation troops in Japan. In the later photos, he is wearing Master Sergeant chevrons, but I am not able to make out what unit insignia he is wearing except the photo where he is wearing the Airborne Ranger Infantry Company patch.

Please read all the SOP's of this board and address the members accordingly.

Thank you for posting all of the pictures and I am sure you'll find an answer to all of your questions here, as long as you follow protocol.

I am trying to follow protocol ( I am just a civilian) but, what does SOP's mean?

Novagal62 wrote:I am trying to follow protocol ( I am just a civilian) but, what does SOP's mean?

(Basic rules that everybody follows.)

You're correct response would be, "OK Ranger Matador, I'm reading the FAQ's and site rules now."

We're not trying to be rude to you, it's our way of maintaining the sites integrity and policing up other's that come here and act disrespectfully towards people in our house.

Their are rules that everybody follows, including us.

Please stay and learn some of what your Uncle was about and about the history that he helped create as one of our forefathers.

Yes Ranger Cams,
I do believe that BS502 is a woman and did pm me to join the ladies forum, but I feel I would find what I'm looking for here since I don't believe there were woman Rangers during WWII and Korea. But, I could be wrong!

I hope that I have not disrespected anyone here as I have nothing but respect for every soldier (past, present and future) as I am the sister of a Kiowa pilotand war vet. So I apologize now if I have and will try my best not to do it again.