The Department of Defense announced today the update to DoD Directive 3000.09, Autonomy in Weapon Systems.  The update reflects DoD’s strong and continuing commitment to being a transparent global leader in establishing responsible policies regarding military uses of autonomous systems and artificial intelligence (AI).

“DoD is committed to developing and employing all weapon systems, including those with autonomous features and functions, in a responsible and lawful manner,” said Deputy Secretary of Defense Dr. Kathleen Hicks.  “Given the dramatic advances in technology happening all around us, the update to our Autonomy in Weapon Systems directive will help ensure we remain the global leader of not only developing and deploying new systems, but also safety.”

The Directive was established to minimize the probability and consequences of failures in autonomous and semi-autonomous weapon systems that could lead to unintended engagements.

The requirements established in the Directive include the following: 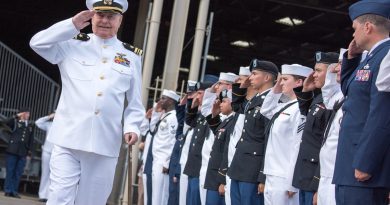