In a time-honored Navy tradition, the Honorable Leigh I. Saufley, sponsor of the Navy’s newest Independence-variant littoral combat ship the future USS Augusta (LCS 34), will christen the ship during a 10:00 a.m. CDT ceremony on Saturday, December 17, in Mobile, Ala.

Saufley, president and dean of the University of Maine School of Law and the former chief justice of the Maine Supreme Judicial Court, will break a bottle of sparkling wine across the bow to symbolically christen the ship at the Austal USA shipyard. Augusta’s commanding officer, Cmdr. Christopher Polnaszek, will represent the ship’s crew in the ceremony.

“The future USS Augusta will honor the beautiful, capital city of the pine tree state,” said Secretary of the Navy Carlos Del Toro. “The Honorable Saufley and the ship’s crew will forge a special connection with the fine people of Augusta. This future ship’s Sailors will stand the watch with pride and represent Augusta with the honor, courage, and commitment they deserve.”

Augusta’s motto, “Protecting the frontier”, continues the legacy of the first USS Augusta (SSN 710), a Los Angeles-class submarine that was in active service for 24 years and decommissioned on February 11, 2009. Augusta is the 17th Independence-variant LCS and 33rd in the LCS class. It is the second ship named in honor of the city of Augusta, Maine.

The LCS class consists of two variants, Freedom and Independence, designed and built by two separate industry teams. Austal USA, which leads the Independence-variant industry team for even-numbered hulls, is a ship manufacturer headquartered in Mobile, Ala., with service centers in San Diego and Singapore, and a technology center in Charlottesville, Va. Austal USA has earned 21 safety excellence awards.

Media may direct queries to the Navy Office of Information at (703) 697-5342. More information on the Littoral Combat Ship Program can be found at:  https://www.navy.mil/Resources/Fact-Files/Display-FactFiles/Article/2171607/littoral-combat-ship-class-lcs/

Ranger has 241 posts and counting. See all posts by Ranger 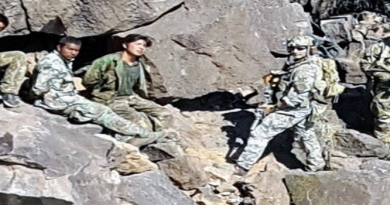