Secretary of Defense Lloyd J. Austin III visited Latvia August 9-10 where he met with Latvian President Egils Levits, Prime Minister Krisjanis Karins, and Defense Minister Artis Pabriks. During these meetings, he thanked the Latvian government for its support to Ukraine as it defends against Russia’s unprovoked and unjustified war, as well as for Latvia’s hospitality in hosting U.S. military rotational forces. He also discussed the security situation in the region and the importance of continuing to provide support to Ukraine, the implementation of decisions from the June 2022 Madrid NATO Summit, the importance of the U.S. defense relationship with Latvia, and opportunities for further defense cooperation. Secretary Austin also traveled to Lielvarde Air Base, where he met with U.S. Service Members currently forward deployed in Latvia to deter Russian aggression on NATO’s Eastern Flank, and thanked them for their service. 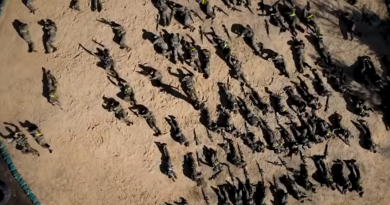 Do You Have What it Takes to Become a Ranger?